Skip to content
The lane configuration with lane volumes in vehicles per hour of a four-arm signalized intersection is shown in the figure. There are only two phases: the first phase is for the East-West and the West-East through movements, and the second phase is for the North-South and the South-North through movements. There are no turning movements. Assume that the saturation flow is 1800 vehicles per hour per lane for each lane and the total lost time for the first and the second phases together is 9 seconds. 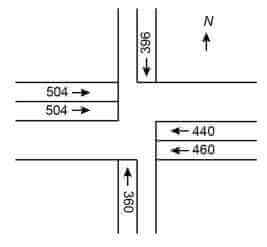 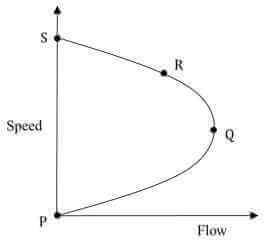