Skip to content
Consider the data transfer using TCP over a 1 Gbps link. Assuming that the maximum segment lifetime (MSL) is set to 60 seconds, the minimum number of bits required for the sequence number field of the TCP header, to prevent the sequence number space from wrapping around during the MSL is
GATE CSE 2022      Transport Layer Protocol
Question 1 Explanation:
Click here for detail solution by gateoverflow
Consider a 100 Mbps link between an earth station (sender) and a satellite (receiver) at an altitude of 2100 km. The signal propagates at a speed of 3 \times 10^8 m/s. The time taken (in milliseconds, rounded off to two decimal places) for the receiver to completely receive a packet of 1000 bytes transmitted by the sender is
GATE CSE 2022      Data Link Layer
Question 2 Explanation:
Click here for detail solution by gateoverflow
Consider a network with three routers P, Q, R shown in the figure below. All the links have cost of unity. 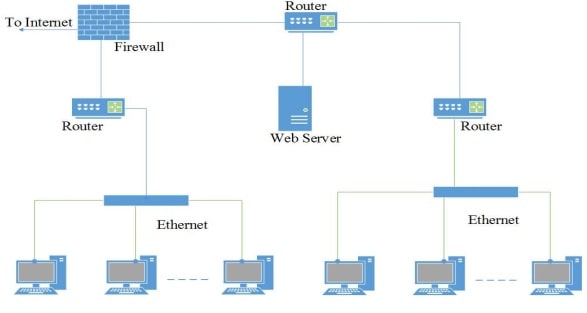 What is the number of subnets inside the enterprise network?
GATE CSE 2022      Network Layer Protocol
Question 6 Explanation:
Click here for detail solution by gateoverflow
Consider a network using the pure ALOHA medium access control protocol, where each frame is of length 1,000 bits. The channel transmission rate is 1 Mbps (=10^6 bits per second). The aggregate number of transmissions across all the nodes (including new frame transmissions and retransmitted frames due to collisions) is modelled as a Poisson process with a rate of 1,000 frames per second. Throughput is defined as the average number of frames successfully transmitted per second. The throughput of the network (rounded to the nearest integer) is ______________
GATE CSE 2021 SET-2      Data Link Layer
Question 7 Explanation:
Click here for detail solution by gateoverflow
Consider a computer network using the distance vector routing algorithm in its network layer. The partial topology of the network is shown below. 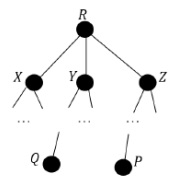