Skip to content
A block of negligible mass rests on a surface that is inclined at 30^{\circ} to the horizontal plane as shown in the figure. When a vertical force of 900 N and a horizontal force of 750 N are applied, the block is just about to slide. 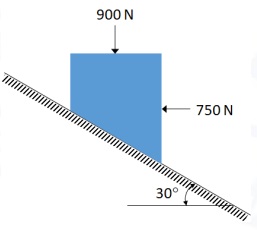 The coefficient of static friction between the block and surface is _____ (round off to two decimal places).
GATE ME 2021 SET-2      Friction
Question 1 Explanation: 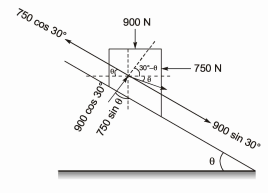 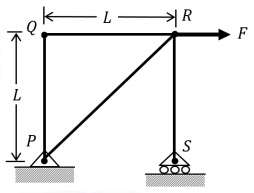 \Rightarrow F_{RS}=F(Comp.)
A circular disk of radius r is confined to roll without slipping at P and Q as shown in the figure. 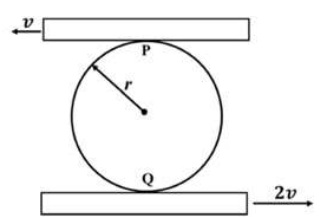 If the plates have velocities as shown, the magnitude of the angular velocity of the disk is
GATE ME 2020 SET-2      Plane Motion
Question 3 Explanation: 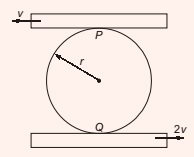 The coefficient of static friction between the roller and the ground (including the edge of the step) is \mu. Identify the correct free body diagram (FBD) of the roller when the roller is just about to climb over the step. 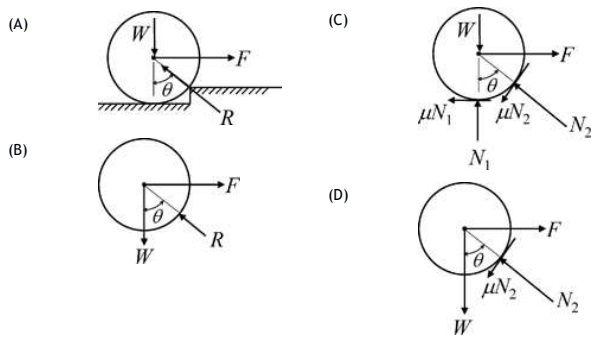 Weigh = W
Note:
(i) When the cylinder is about to make out of the curb, it will loose its contact at point A, only contact will be at it B.
(ii) At verge of moving out of curb, Roller will be in equation under W, F and contact force from B and these three forces has to be concurrent so contact force from B will pass through C.
(iii) Even the surfaces are rough but there will be no friction at B for the said condition.
FBD

GATE ME 2020 SET-1      FBD, Equilirbium, Plane Trusses and Virtual work
Question 5 Explanation:
If at any joint three forces are acting out of which two of them are collinear then force in third member must be zero.
For member ED look at joint E. 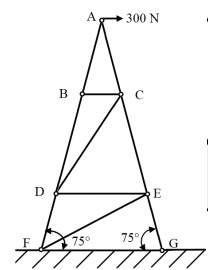 Further by taking FBD of joint C
F_{CD} = 0
A truss is composed of members AB, BC, CD, AD and BD, as shown in the figure. A vertical load of 10 kN is applied at point D. The magnitude of force (in kN) in the member BC is____ 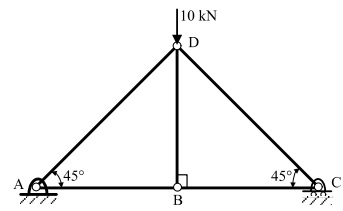 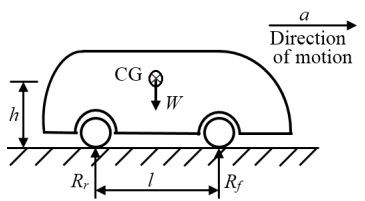 GATE ME 2019 SET-1      FBD, Equilirbium, Plane Trusses and Virtual work
Question 9 Explanation:
We analyse this problem in the frame of reference of car.
F.B.D of car is shown below, 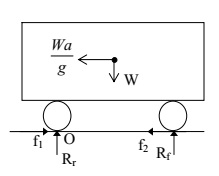