Skip to content
A solid block of 2.0 kg mass slides steadily at a velocity V along a vertical wall as shown in the figure below. A thin oil film of thickness h = 0.15 mm provides lubrication between the block and the wall. The surface area of the face of the block in contact with the oil film is 0.04 m2. The velocity distribution within the oil film gap is linear as shown in the figure. Take dynamic viscosity of oil as 7\times 10^{-3} Pa-s and acceleration due to gravity as 10 m/s^{2}. Neglect weight of the oil. The terminal velocity V (in m/s) of the block is _________ (correct to one decimal place). 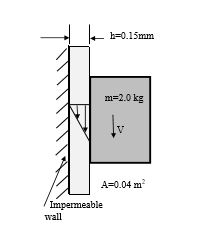 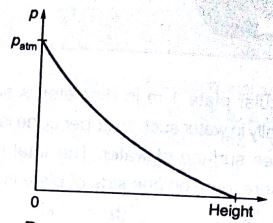